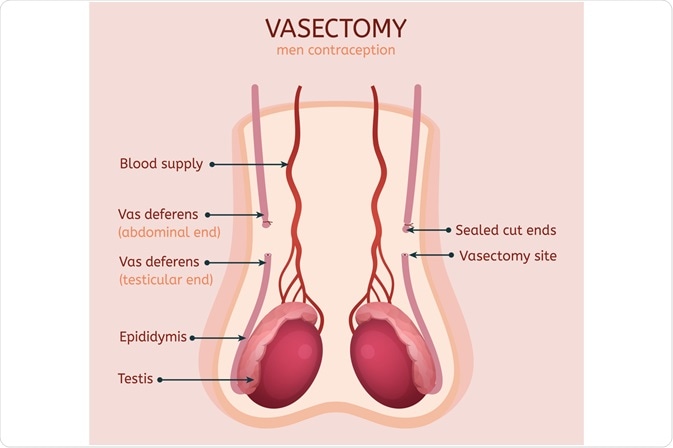 What is a Vasectomy?

Roughly 500,000 men go through with a vasectomy every year. This procedure is a permanent birth control method for men but can be reversed even after several years have passed since the vasectomy occurred. The longer a man waits to reverse the vasectomy, the less likely the reversal is to work, and the less likely child conception is to occur. A vasectomy offers no protection from sexually transmitted infections/diseases, but it is a safe and effective birth control choice for men who are certain they do not want to father a child in the future.

Preparing for a Vasectomy

How is a Vasectomy Performed?

The procedure is done by making a small cut in the scrotal tissue (the sack that carries the two testicles), exposing the vas deferens (the tube that carries the man’s sperm from his testes to his penis), cutting the vas deferens, and sealing the two ends off with stitches. This ensures that the semen cannot contain more sperm (the male reproductive cell that fertilizes a female egg and causes childbirth to occur). A vasectomy has a low risk of something going wrong during or after the procedure, and it can usually be performed in an outpatient setting under local anesthesia. The procedure itself usually takes about 15 minutes in total.

Recovery From the Procedure

Some bruising is expected at the surgical site, but over the counter pain relievers will help with any discomfort after the vasectomy. The patient should take it easy the first few days, including no substantial work or lifting. It is recommended to wear snug cotton briefs or an athletic supporter for the first week. Showers can begin immediately after the procedure, but bathing or swimming is discouraged for the first week. Some form of birth control will need to be utilized until a semen analysis confirms no sperm is present in the semen at three months from the procedure. Sexual activity can normally resume 5-7 days after the procedure.

ASUI can help you accomplish your fertility goals. Schedule an appointment today with one of our healthcare providers at ASUI to discuss the details of your vasectomy!

Set an appointment up at one of our five convenient locations:

Disclaimer: The information provided on this website is not and should not be construed as medical advice. It is for informational purposes only. If you are having a problem that you believe may be urological and may require care or advice, please make a personalized appointment with one of our healthcare providers.